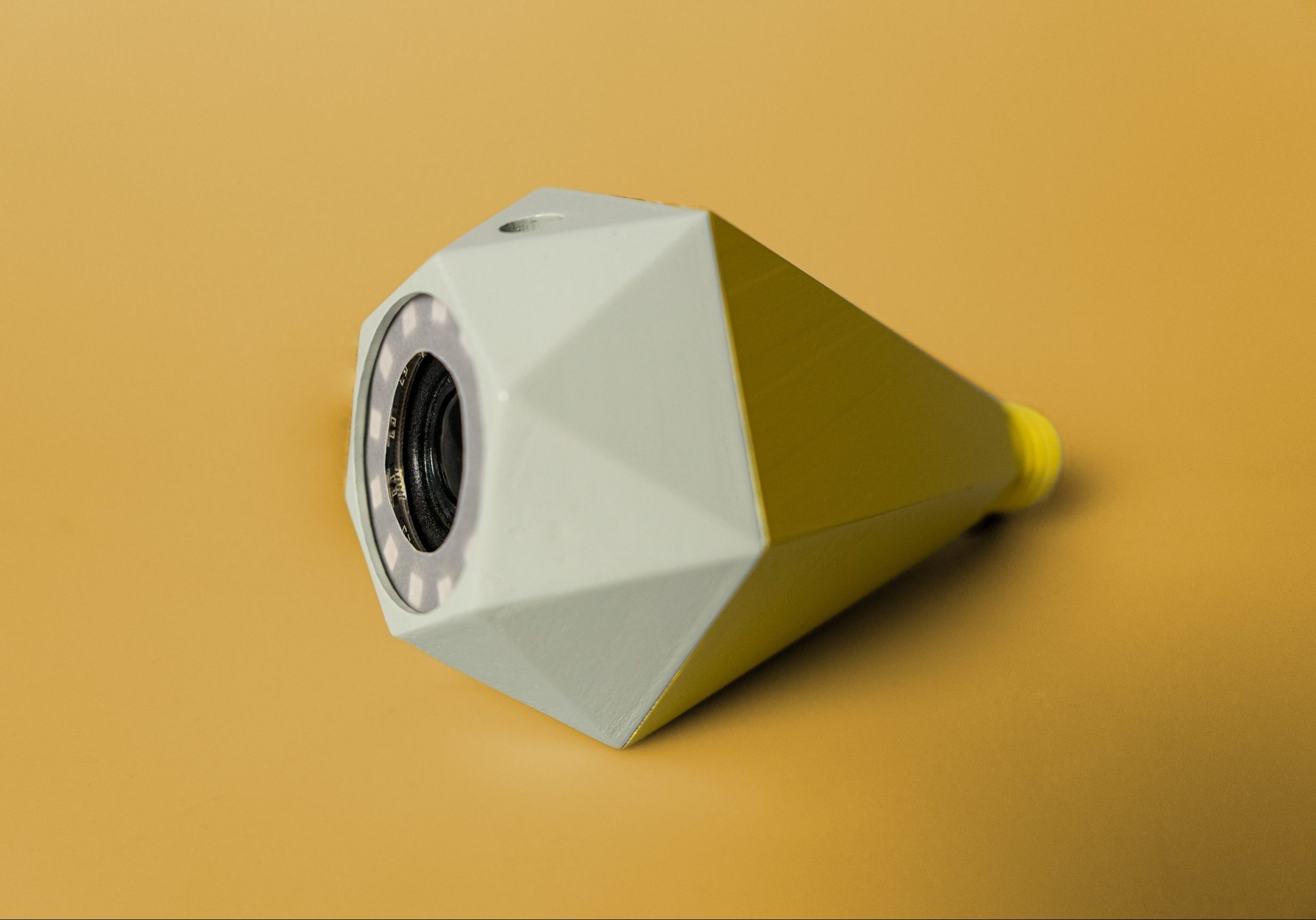 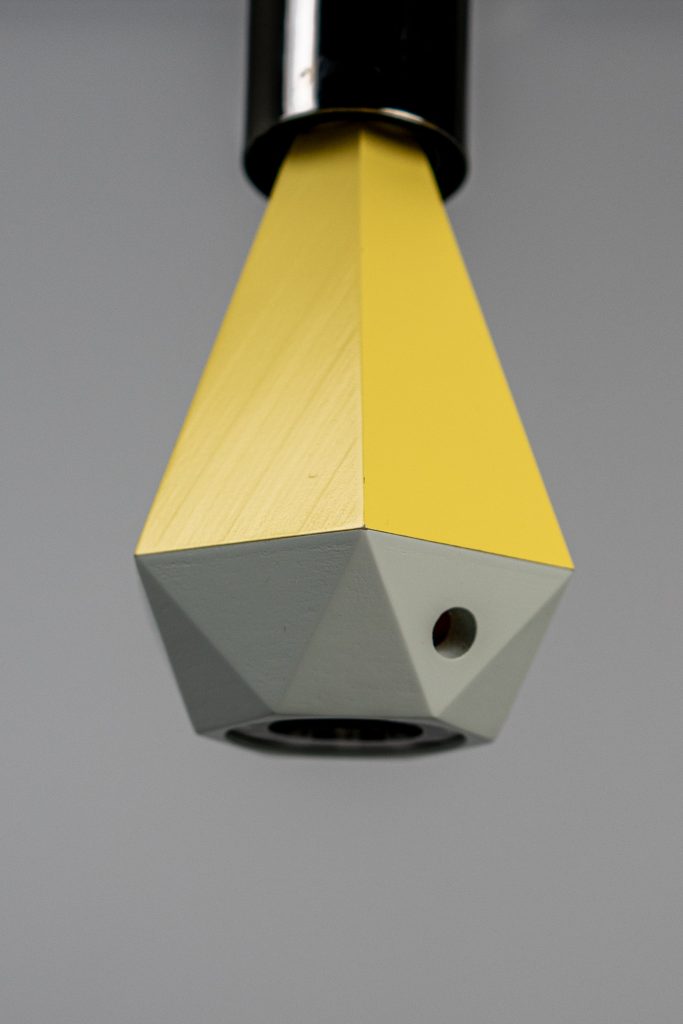 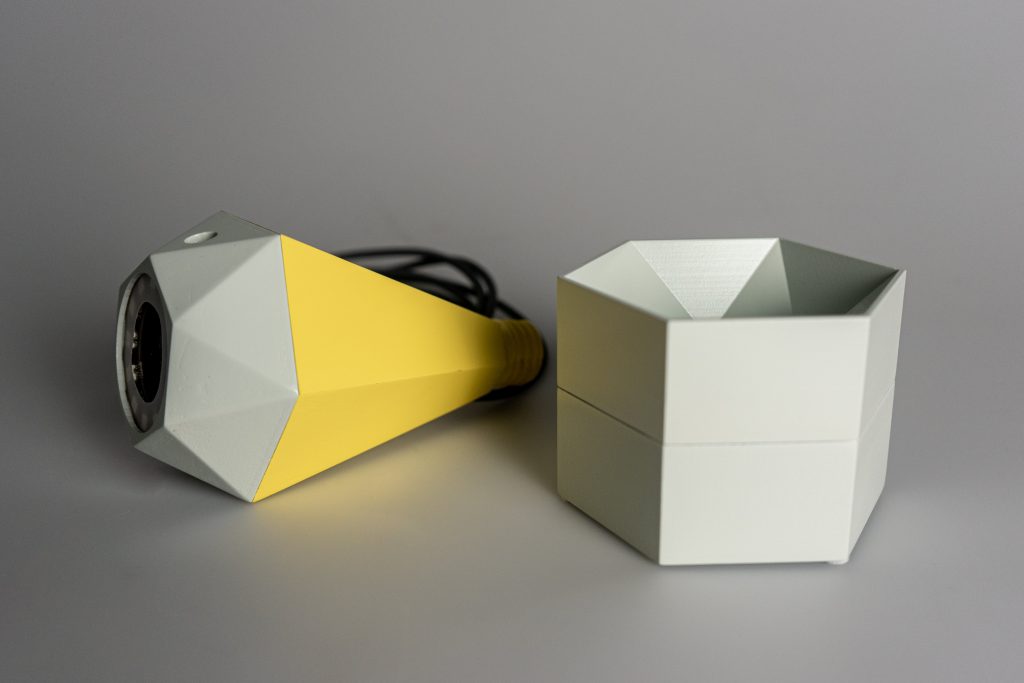 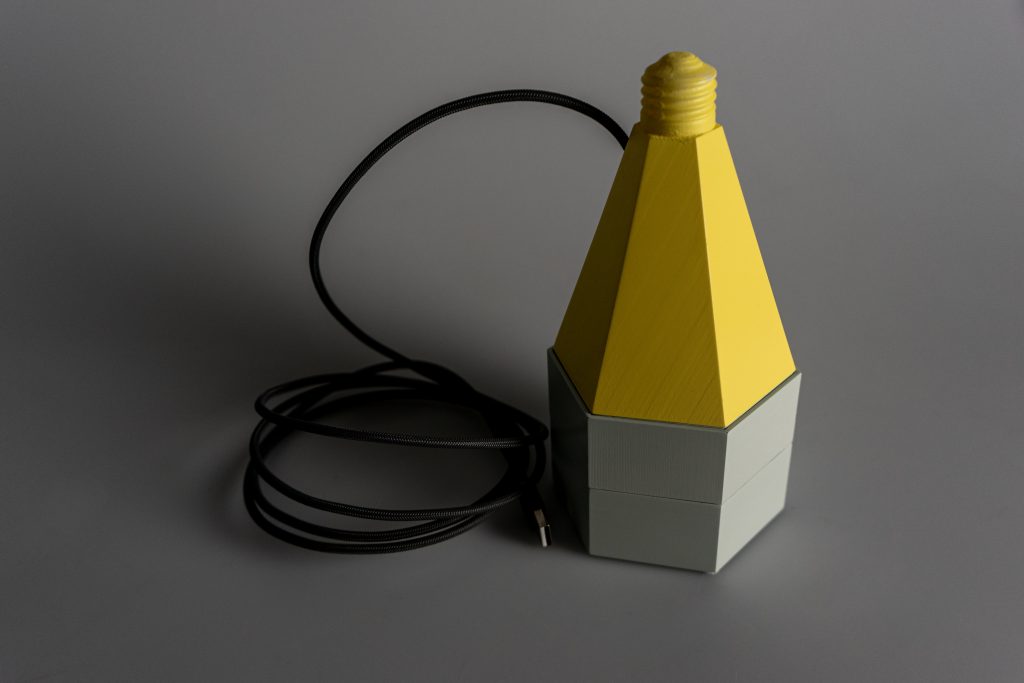 Lila was a group project, focused on developing new solutions for people that are hard of hearing. The goal was to design a family of products, connected in a smart, connect home with a diverse and social scenario.

The final family of products that was developed, consists of a connected light bulb called Lila, a controller, a gamekit and an application. The LED light bulb forms the core of the family of products and is aimed to be placed above the dinner table. The intensity and colour temperature of the light reacts to the clarity of speech. The light intensity and colour temperature changes when the speech is unclear and not well articulated. The lightbulb contains a microphone to collect audio input to determine the clarity of the  speech and a speaker for sound effects.

The controller enables the user to regulate the light bulb settings quickly. Only the settings that might be of importance during conversations are controllable this way. By turning the controller upside down, the user can turn the microphone off quickly, for example when a difficult conversation is being held. By fitting the controller onto the lightbulb, the microphone can be turned off for longer periods of time, the device in disconnected from the internet and aestheticly the microphones are neatly packed away. This option could be used when the user wants to read a book, for example, as the added part to the lighbulb has a second light setting that can be specificity tailored to other activities. The controller is also a tool for the gamekit to scan cards and thus initiate a certain game. These games are aimed as a fun way to learn about the device and train clarity of speech.

The product was developed in multiple iterations, where the concept was continuously altered based on (user) feedback. The eventual prototype was made by 3D-printing a bottom, top part and the two parts of the controller. To eliminate the printing-line artifacts, all side were carefully sanded and received 6 layers of spray paint for a more high-fidelity finish. At the same time the different Wemos chips were programmed and later connected to the required sensors. Then all components were put together and attached to a Processing sketch running over the internet. 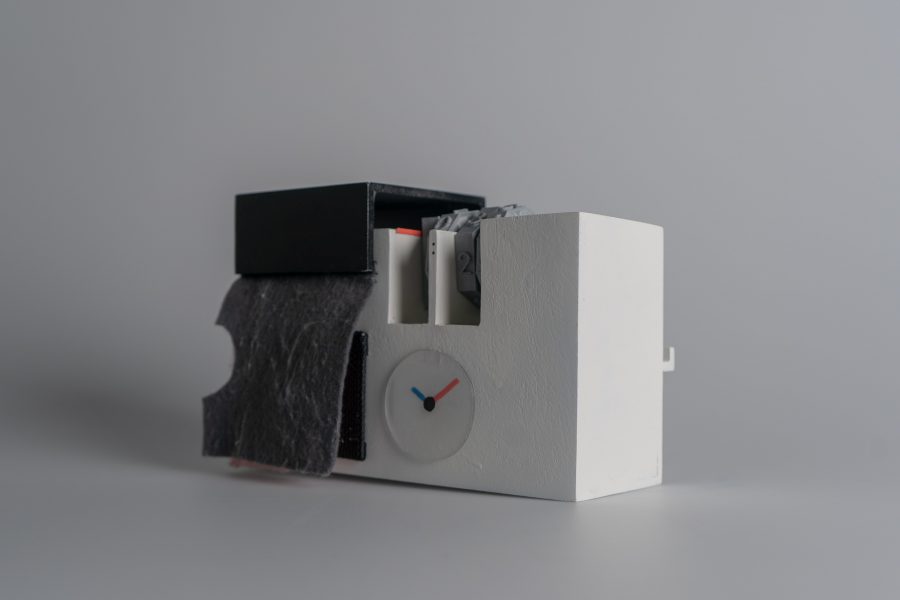 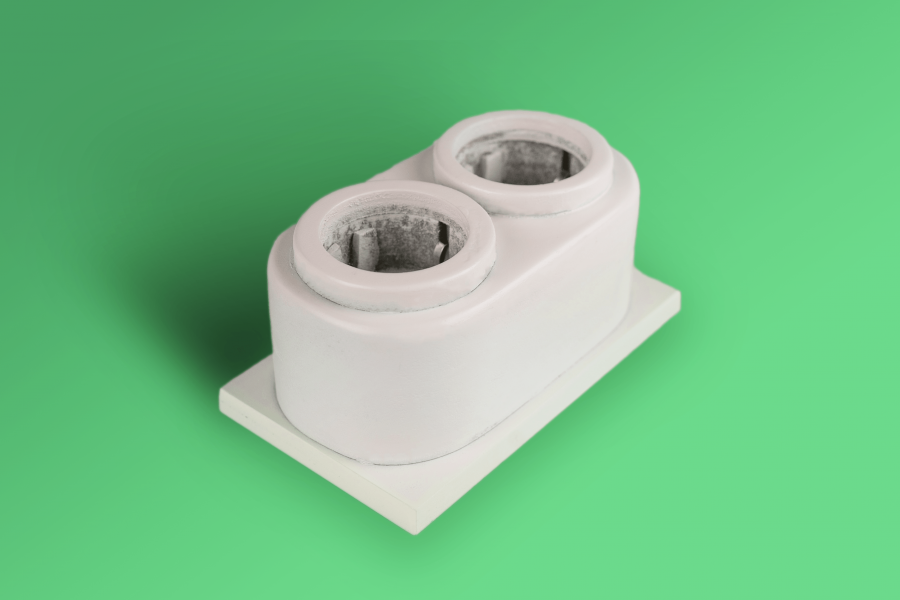 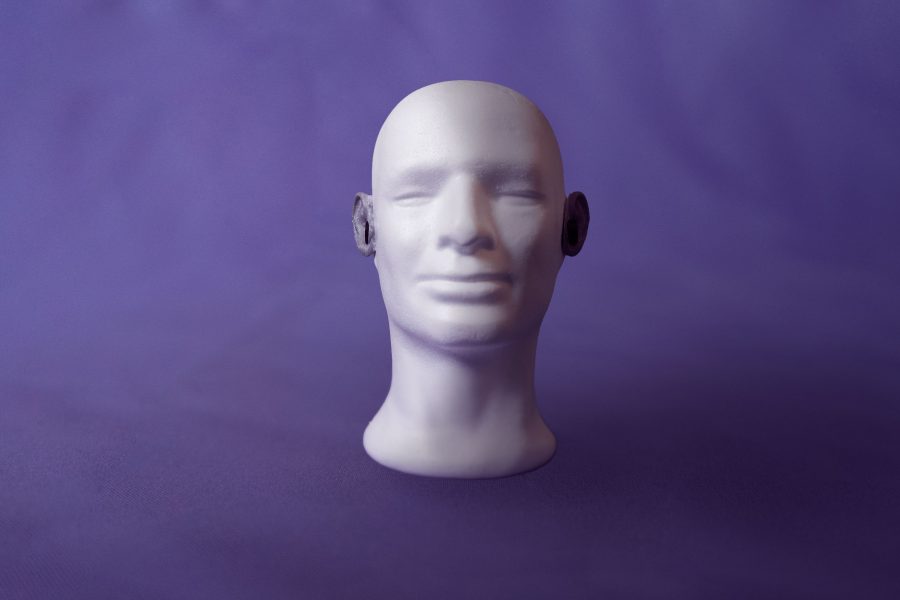 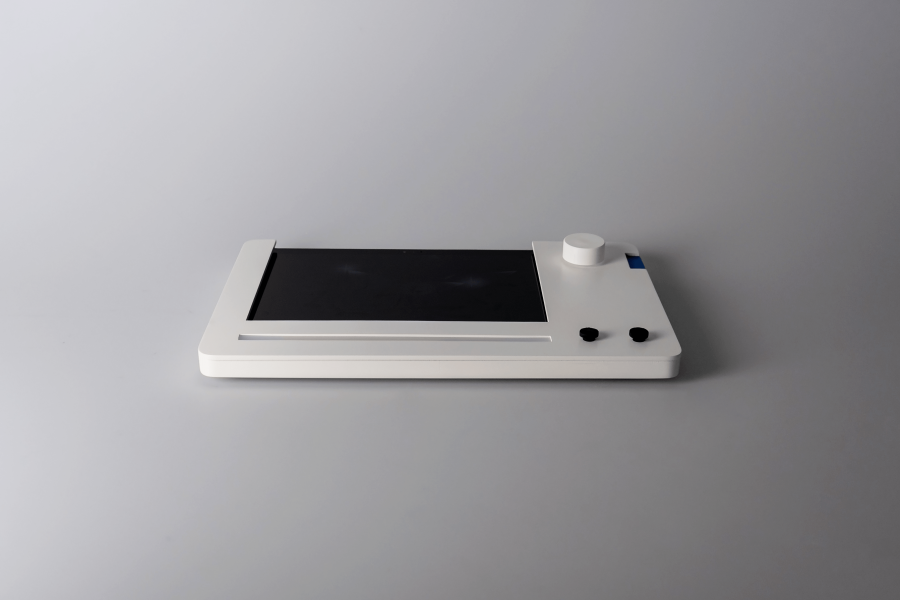 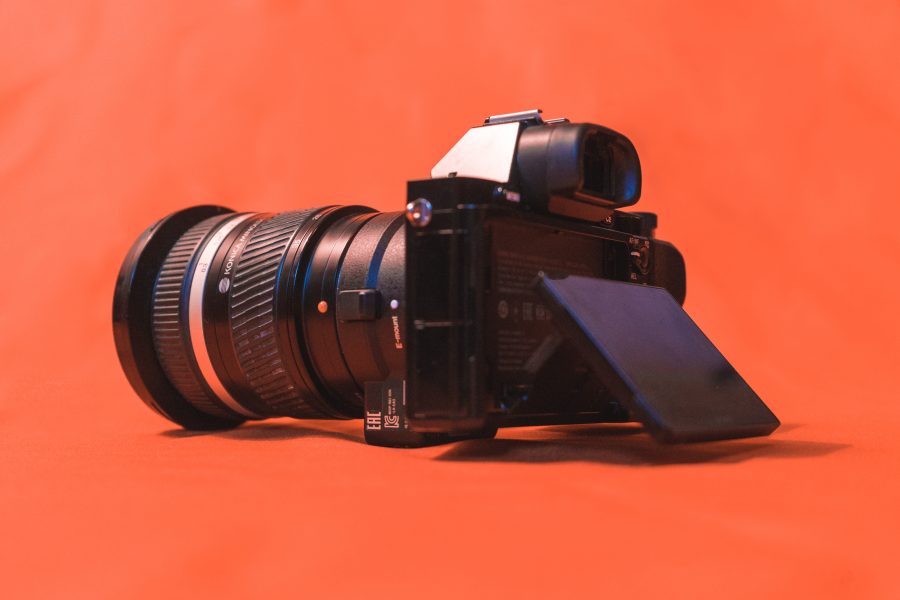 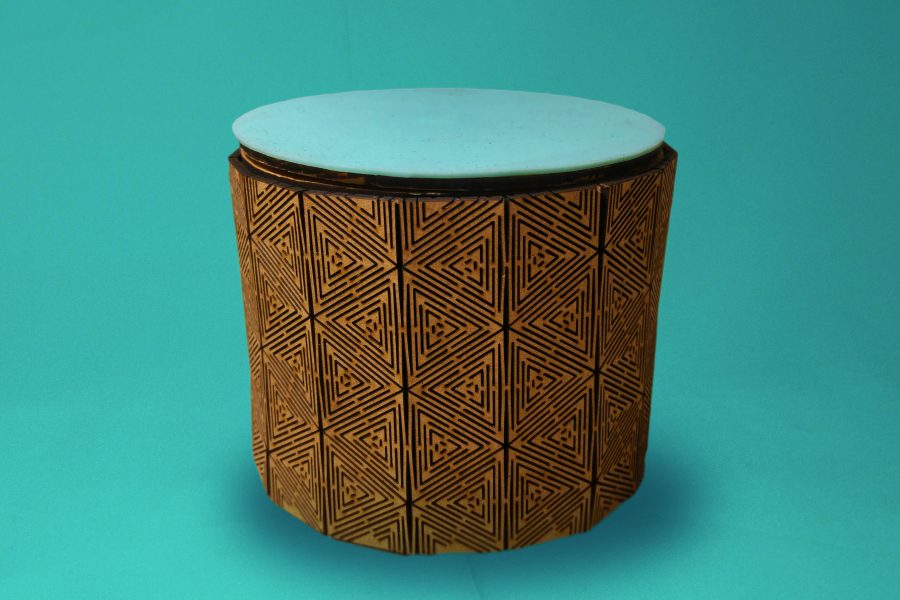